Message from Cuban director Carlos Celdrán on behalf of the International Theatre Institute, in celebration of 2019 World Theatre Day

Before my awakening to the theatre, my teachers were already there. They had built their houses and their poetic approach on the remains of their own lives. Many of them are unknown, or are scarcely remembered: they worked from silence, in the humility of their rehearsal rooms and in their spectator-packed theatres and, slowly, after years of work and extraordinary achievement, they gradually slid away from these places and disappeared. When I understood that my personal destiny would be to follow their steps, I also understood that I had inherited that gripping, unique tradition of living in the present without any expectation other than achieving the transparency of an unrepeatable moment; a moment of encounter with another in the darkness of a theatre, with no further protection than the truth of a gesture, a revealing word.

My theatrical homeland lies in those moments of meeting the spectators who arrive at our theatre night after night, from the most varied corners of my city, to accompany us and share some hours, a few minutes. My life is built up from those unique moments when I cease to be myself, to suffer for myself, and I am reborn and understand the meaning of the theatrical profession: to live instants of pure ephemeral truth, where we know that what we say and do, there under the stage lights, is true and reflects the most profound, most personal, part of ourselves. My theatrical country, mine and that of my actors, is a country woven from such moments, where we leave behind the masks, the rhetoric, the fear of being who we are, and we join hands in the dark.

Theatrical tradition is horizontal. There is nobody who may affirm that theatre exists at any center in the world, in any city or privileged building. Theatre, as I have received it, spreads through an invisible geography that blends the lives of those who perform it and the theatrical craft in a single unifying gesture. All masters of theatre die with their moments of unrepeatable lucidity and beauty; they all fade in the same way, without any other transcendence to protect them and make them illustrious. Theatrical teachers know this, no recognition is valid when faced with that certainty which is the root of our work: creating moments of truth, of ambiguity, of strength, of freedom in the midst of great precariousness. Nothing survives except data or records of their work in videos and photos that will only capture a pale idea of what they did. However, what will always be missing from those records is the silent response by the public who understands in an instant that what takes place cannot be translated or found outside, that the truth shared there is an experience of life, for a few seconds, even more diaphanous than life itself.

When I understood that the theatre was a country in itself, a major territory that covers the whole world, a determination arose within me, which was also the realization of a freedom: you do not have to go far away, or move from where you are, you do not have to run or move yourself. The public is wherever you exist. You have the colleagues you need at your side. There, outside your house, you have all the opaque, impenetrable daily reality. You then work from that apparent immobility to design the greatest journey of all, to repeat the Odyssey, the Argonauts’s journey: you are an immobile traveller who does not cease to accelerate the density and rigidity of your real world. Your journey is toward the instant, to the moment, toward the unrepeatable encounter before your peers. Your journey is toward them, toward their heart, toward their subjectiveness. You travel within them, in their emotions, their memories that you awaken and mobilize. Your journey is vertiginous, and nobody may measure or silence it. Nor may anybody recognize it to the right extent, it is a journey through the imagination of your people, a seed that is sown in the most remote of lands: the civic, ethical and human conscience of your spectators. Due to this, I do not move, I remain at home, among my closest, in apparent stillness, working day and night, because I have the secret of speed.
Posted by Jeffrey Eric Jenkins at 1:13 AM 1 comment:

The Russian Association of Theatre Critics has named director Kirill Serebrennikov as Person of the Year for his “unprecedented dedication to theatre in circumstances of house arrest.”

Serebrennikov has been detained under house arrest since August 23, 2017, while undergoing investigation for “financial mismanagement” related to the interdisciplinary performing arts project titled The Platform. Prominent artistic personalities and professional associations in Russia, Europe, and the Americas have considered his trial a politically motivated case of selective justice, and called for his release. At the Europe Theatre Prize festivities in St. Petersburg last November, leading Russian and European theatre artists decried Serebrennikov’s continued detention and repression, which added a note of risk and danger to the prize ceremony.

Serebrennikov has been an activist and government critic, making him a target of repression. He has protested against Russia’s involvement in the Russo-Georgian war of 2008, election fraud in 2011, persecution of the LGBT community, and arrests of Pussy Riot members, among other issues. He called Russia a country of “unabolished slavery” where people do not value freedom and a chasm exists between the people and power.

During Serebrennikov’s house arrest, two productions that he initiated were presented to the public: Così fan tutte at Opernhaus Zürich and Baroque at the Gogol Center in Moscow. His film, The Summer, was presented at Cannes Film Festival. The ballet Nureyev, which he directed, and his production of Small Tragedies were nominated for the Golden Mask, the Russian National Theatre Prize.

Posted by ATCA International Committee at 5:58 PM No comments: 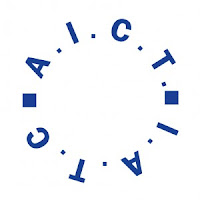 Workshop for Young Critics in Limoges

The International Association of Theatre Critics (AICT–IATC) is organizing a workshop for young theatre critics scheduled to be held June 11–17, 2018, in Limoges, France. The program will be undertaken during the Festival International des Écoles de Théâtre, with support from the Théâtre de l'Union, Centre Dramatique National du Limousin. Potential participants are invited to apply, as soon as possible, to join one of two working groups of six participants maximum per group (one French-speaking group and one in English).

Candidates must be professional critics between the ages of 18 and 35. All candidates are invited to send an application form completed (see below) with a brief resume (one page), 2 or 3 samples of published articles in media and a letter of recommendation from the person in charge of the AICT–IATC section in their country, if the country has an IATC section.

All documents must be sent in a single PDF file, if possible. Please note the following:

1) Only candidates may apply, not the national representative of AICT–IATC sections.

2) Candidates must have a good knowledge of one of the two working languages. Please describe your fluency level in English and French.

Participants will be hosted in a shared double room. Noon and evening meals will be provided. You will receive a free entry pass for all the shows and encounters during the Festival. You will also be picked up at the train station.

Working-group monitors will include theatre critic Jean-Pierre Han, assisted by Mariko Anazawa (French-speaking group). The name of the English-speaking monitor will be announced later.

Applications will be accepted until May 8, 2018, and they must be sent to the Director of Seminars, Jean-Pierre Han: jp.han@free.fr. A final list of all accepted applications will be announced as soon as possible, in order to allow time for participants to prepare for their trip, and get visas for France as necessary.

Other recommendations (should home country be without national association of theatre critics).